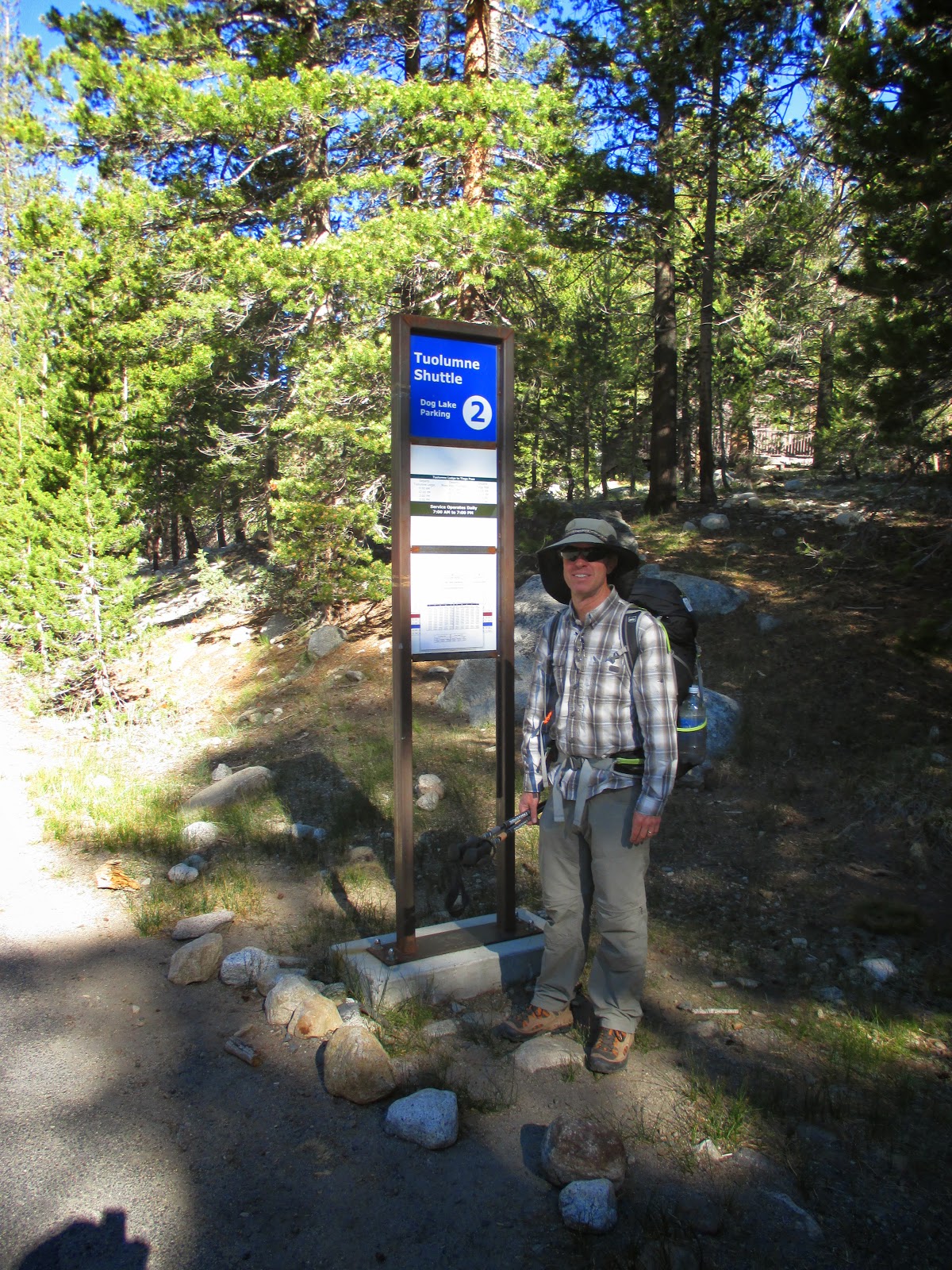 Breakfast - We started our day with a family style breakfast at Tuolumne Lodge. And again, we were among the first to arrive. :) They have a different system here than at White Wolf. At White Wolf, the food was set out and you served yourself. At Tuolumne, you had to wait on one side of a screen door until they felt like coming out and getting you, and then you were seated and had to order. Good luck for us that I am nervous about waiting and wrote our name down on a pad of paper even though it wasn't clear you were supposed to do that, because when they did come out, they called our name. Other people had to wait for quite a while before they were seated. Too bad. Weird system when you think about people like us who want to eat but then get on the trail as early as possible. Yeah, these are the important things. 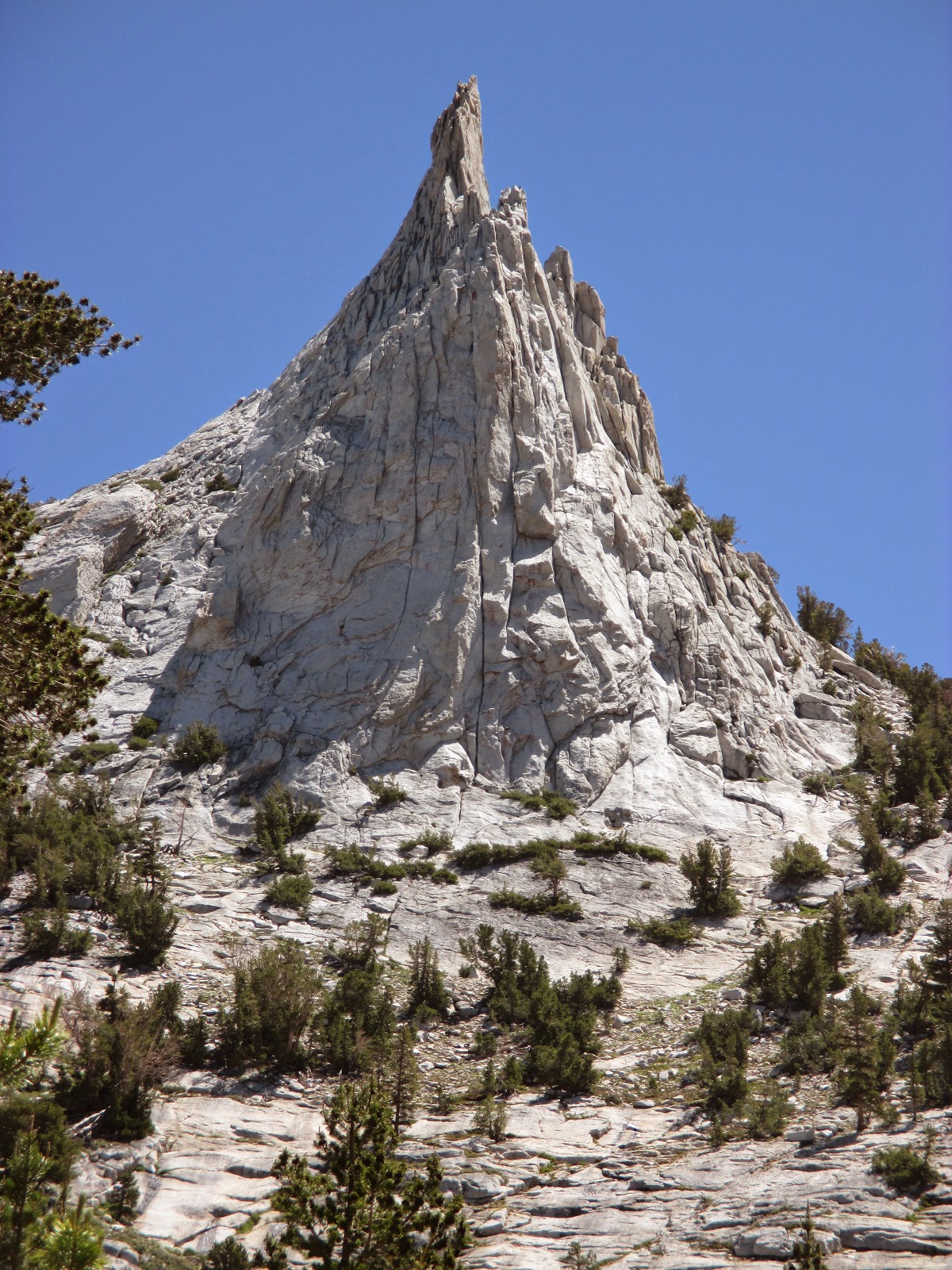 We did meet a nice younger couple who were so organized about their travel that it practically brought tears to my eyes. They had many alternate day hiking trips planned for their days in the park. We later saw them on the Cathedral lakes trail, and tried to be as gracious as possible as they zoomed past us on their way up.

We caught the 8:30 bus to Cathedral Lake Trail Head. We hiked to the lake and had lunch and a swim. We were grumpy when a probably nice hiker asked if it would be intrusive if they sat right on our rock with us. It would be, Rick said. I contemplated our attitude. We could probably be nicer. We just would never ask that when there is a whole big lake with plenty of space.

After lunch we hiked up Cathedral Pass and around the bottom of Tressiter peak, around Columbia finger and dropped down to Long Meadow. Long Meadow was BUGGY. We walked almost to Sunrise High Sierra Camp (which was not open yet) but hung a left, hiked up a ridge and dropped down into the valley of the Cathedral fork of Echo Creek. We stayed on the east side of the creek. I'm calling it a creek, but it was more like a long slab of granite with water streaming down it. Very beautiful with views of the peak. Tons of mosquitoes - but the head nets really helped. 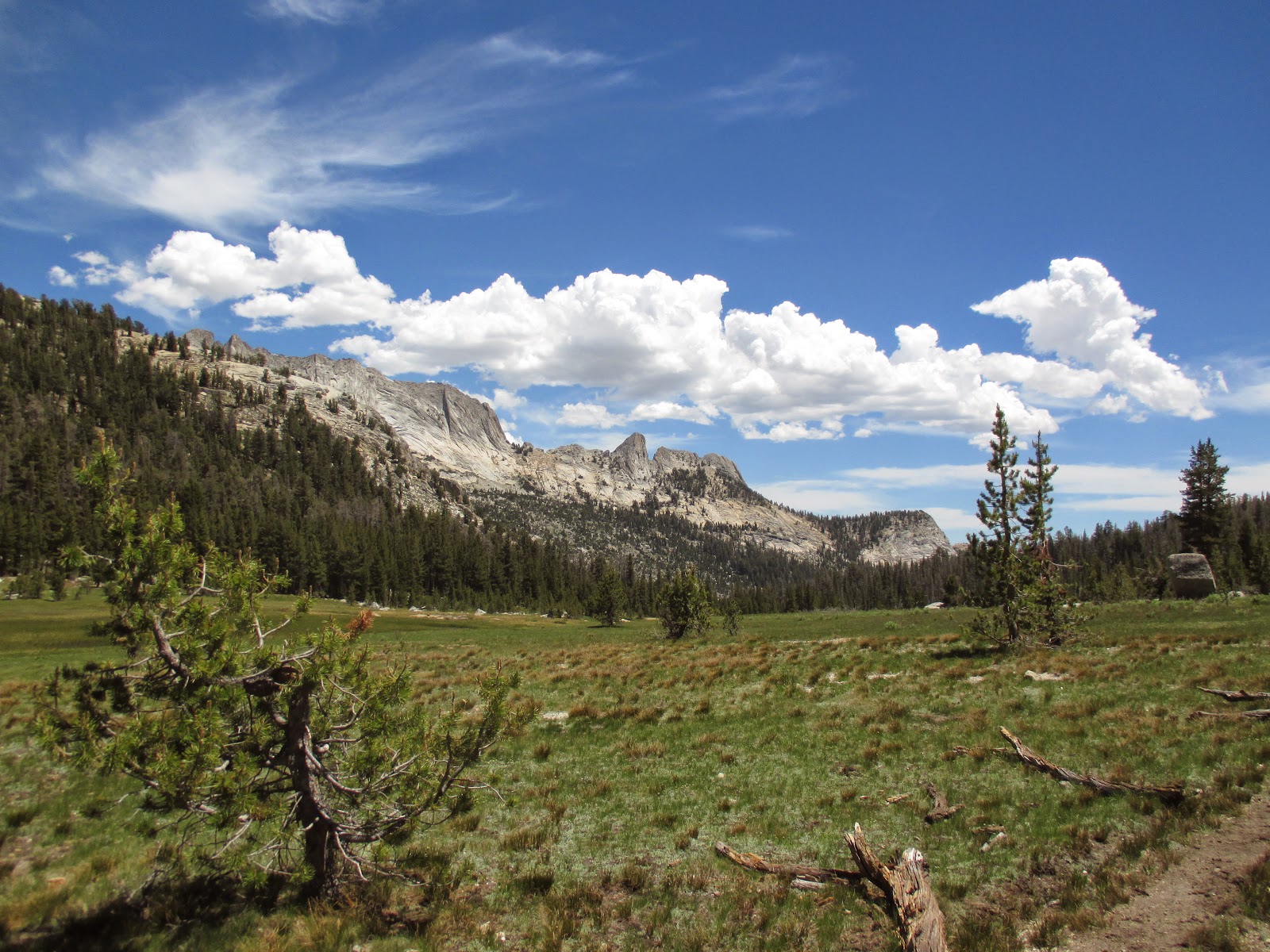